What is the Berkeley Pit?

The Berkeley Pit is a copper-mine-turned-toxic-lake located in Butte, Montana.

First established as a mining camp in 1864, the discovery of copper in the area in the early 1900s transformed Butte from a sleepy backwater into a bustling boomtown almost overnight. At the height of its production throughout the 1920s, 30s, and 40s, Butte was responsible a full 1/3 of the copper used in the United States. In fact, if you have an older house, chances are you have have some Butte copper wire running through your walls! 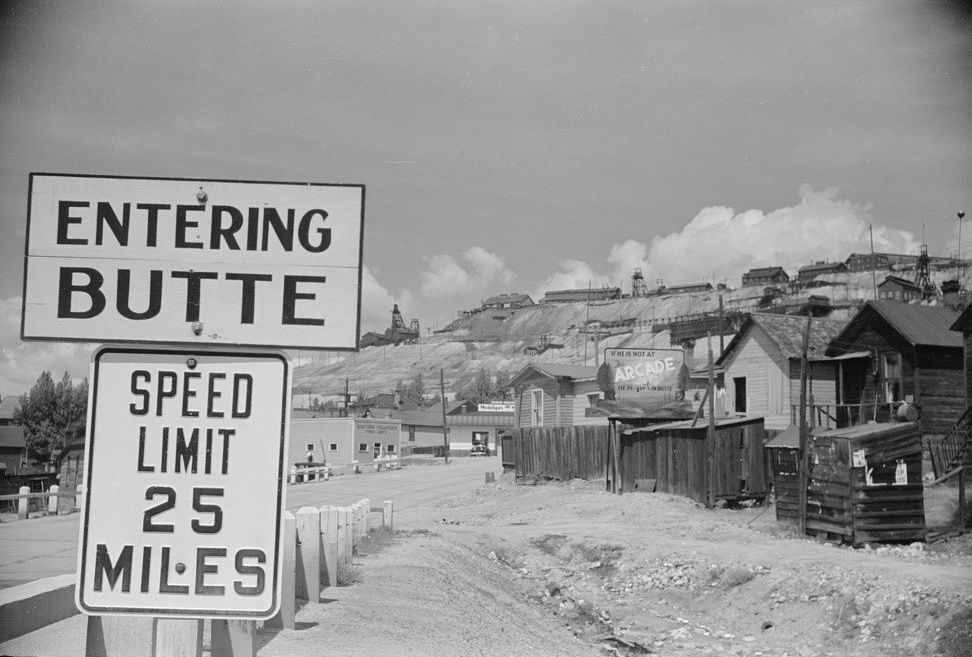 Photo from the Library of Congress – The boomtown of Butte, 1939

After the end of World War II, however, demand for copper dropped precipitously and the mining company in Butte began losing money. Company executives got together – they had to come up with a better, faster, cheaper, more efficient way of getting the copper out of hill at the edge of town that they’d been mining for years.

They came up with “genius” level idea: rather than painstakingly digging shafts into the hill like they’d been doing for years, they said, “Let’s just blow off the top of the hill and mine the copper from an open pit!”

That’s what they did, and their strategy actually worked. They were able to keep their doors open until 1982, when economic forces conspired against them and they forced into bankruptcy. 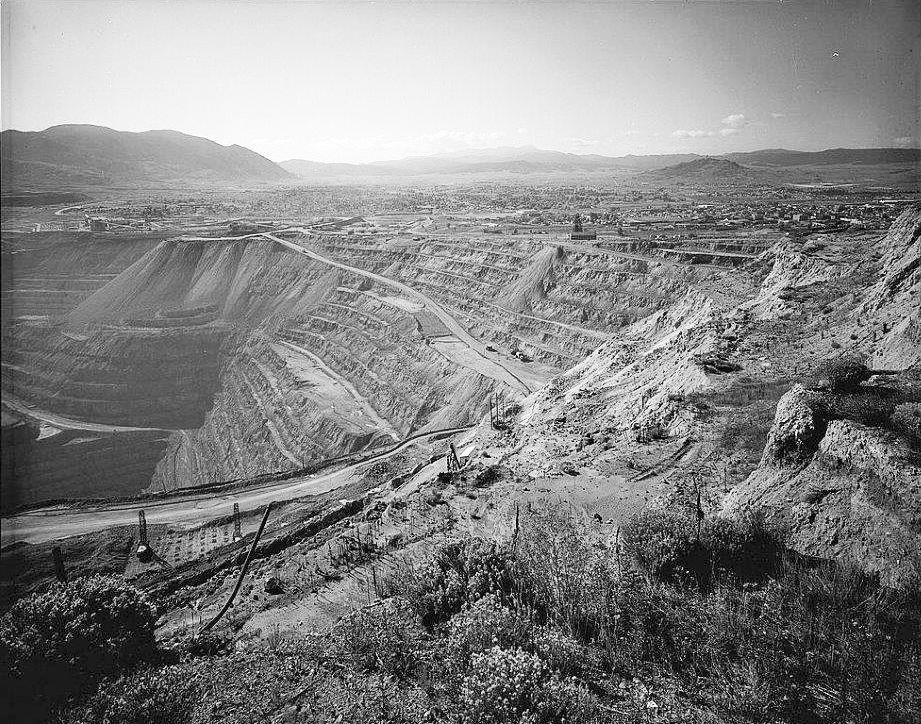 Photo from Library of Congress – the Berkeley Pit while in active use, circa 1975

Until, at 40 billion gallons, Berkeley Pit became one of the largest lakes in the United States.

A quirk of geology in the Butte, Montana region is that the ground is full of pyrite, a mineral better known to you and me as “fool’s gold.” It turns out though, when air, and water, and pyrite get together they produce… sulfuric acid!

So this ginormous lake, became a ginormous vat of sulfuric acid. And then, in turn, this acid, hastened the rate at which heavy metals in the copper ore left in the walls of the pit leeched into the water so it became a toxic brew of acid and heavy metals.

Technicolor, toxic, and, the residents of Butte would soon discover, deadly. 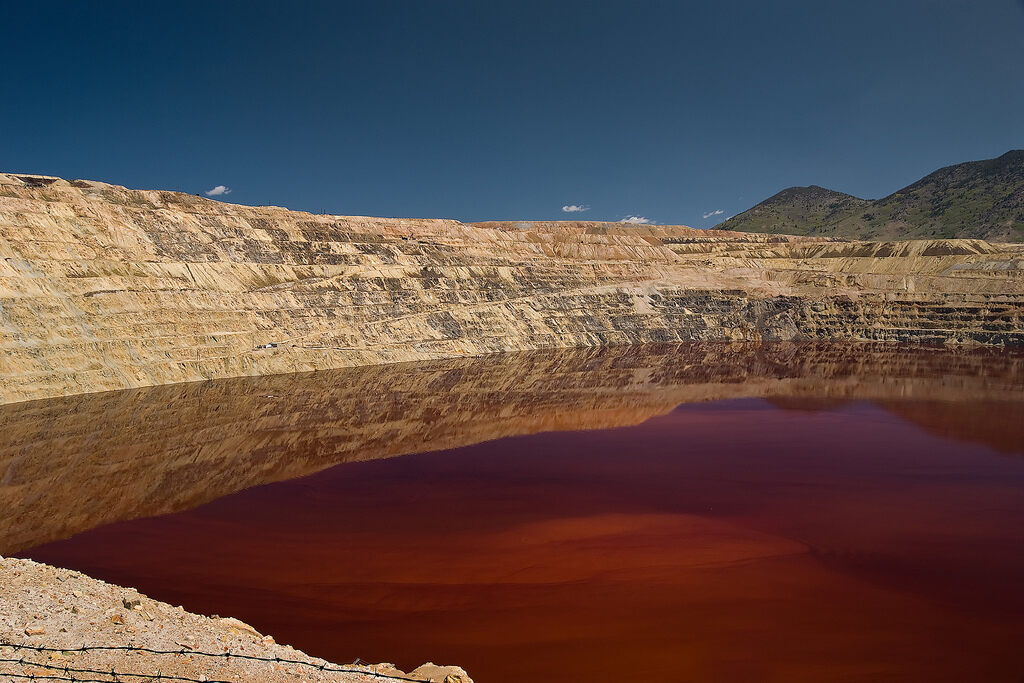 One night in 1995, a great storm swept over the Butte, Montana region. As fate would have it, a flock of snow geese were passing over the Berkeley Pit just as the storm was its worst. Not knowing any better, they took refuge in its waters. When the residents of Butte woke up the next morning, they woke up to find the carcasses of 342 geese floating on the surface of Berkeley Pit.

Lab tests conducted by the State of Montana showed that their insides were lined with burns and festering sores from exposure to high concentrations of copper, cadmium, and arsenic in the water.

The Berkeley Pit was a pit of death, entirely inhospitable to life.

can anything good come out of a pit of death?

The Berkley Pit’s reputation was well known to area residents. That is why, several years after the 1995 geese incident, when someone walked into the biology department of the nearby University of Montana brandishing a slimy, algae covered stick – biologists there were surprised to learn it had been pulled from the Pit.

The researchers got curious. They had written off the pit for years because they believe it wasn’t possible for anything to live in it. They decided to scrounge around a bit to see what else they might find. 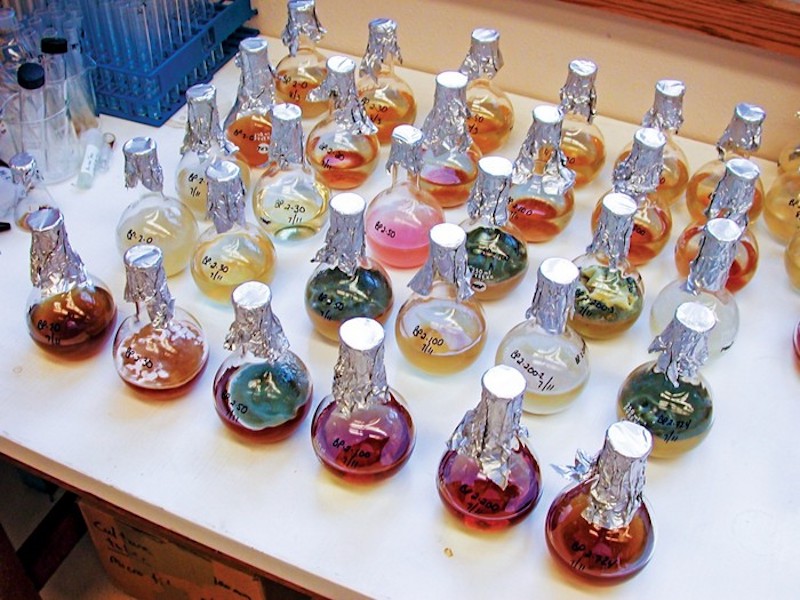 After a year of searching, they found this black, blobby, glob of thing floating around in water. It turned out to be a kind of yeast that had the most remarkable property: it was absorbing the heavy metals from the water around it. It was acting like a sponge, soaking them in.

But this black blob in this pit of death, however, was absorbing 85-95% of the heavy metals in the water around it. It was acting like a sponge, soaking them in, purifying the water. It would take in what was once a toxic brew, and transform it into drinkable, showerable, teeth-brushable water.

Obviously, the scientists were excited about this – it was an amazing find. They worked up a profile for it and ran it through their databases to see where else this yeast occurs in the natural world. Surely they weren’t the first people to come across it.

And so they ran it through their databases and it returned just one hit.

In all of the natural world, this yeast occurs in only one place: in the digestive tracts of geese.

What do the Berkeley Pit geese have to teach us about God’s love?

Could there a more perfect illustration of how God’s love works in our lives? I highly doubt it!

In Jesus’ death on the cross we see the power of God’s love to – like yeast – soak up human violence, brokenness, hatred, and division, and then purify it, transform it, and reorient it into new life. That’s what Jesus’ death and resurrection is all about: God’s love can take what is the very worst in us and turn it to good.

To learn more about God’s transforming love and how it can work in your life click here.

What do geese have to do with Christian spirituality more generally?

Both in the text of the Bible and in Christian art, the Holy Spirit is most often symbolized as a dove – calm, gentle, delicate. For instance, after Jesus was baptized in the Jordan River, we’re told that Jesus rose out of the water and “saw the Spirit of God descending like a dove and settling on him” (Matthew 3:16).

In Celtic Christianity, however, the Holy Spirit is depicted not as a gentle little dove, but as a wild goose – wild, untamed, and uncontrolled! 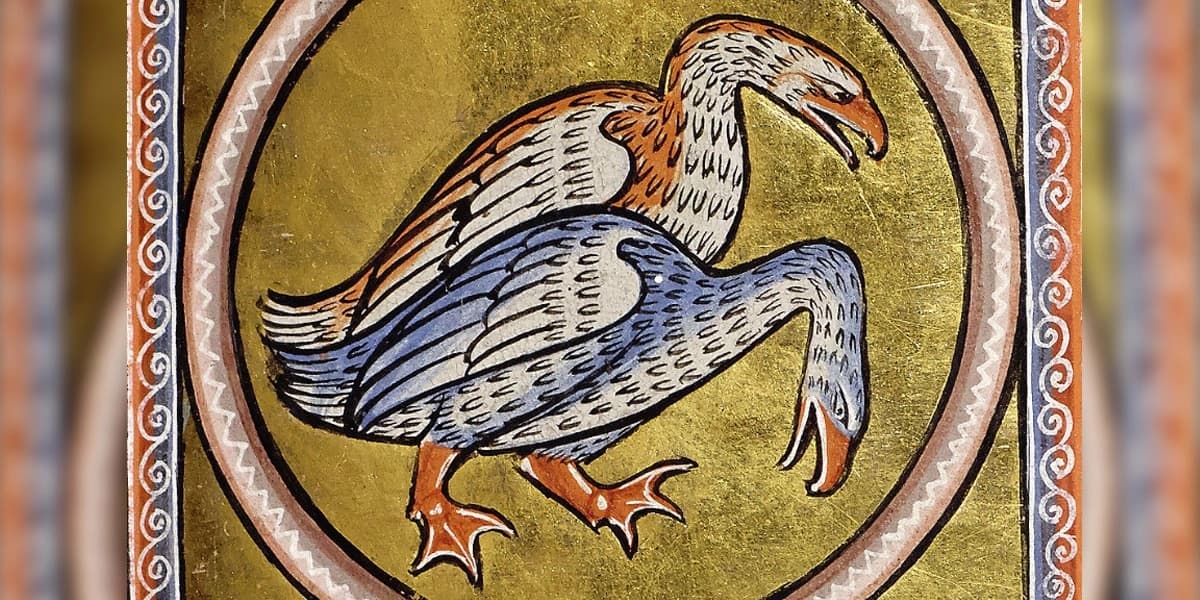 Image from Aleteia.org – Celtic depiction of the Holy Spirit as wild geese

Sometimes the Holy Spirit’s work in our lives is indeed the work of offering us comfort and encouragement in gentle, dovelike fashion. Just as much, however, the Spirit’s work is to disrupt and surprise us, rousing us to action.

When we think of the great heroes of scripture – the Noahs, the Davids, the Pauls – they were not people who planned and schemed and strove for greatness. They were just ordinary people, leading ordinary lives when God came a knocking. What makes them heroes is not that they were perfect people with extraordinary abilities. Rather, what makes them heroes is that they were open to the unpredictable movement of God’s Spirit in their lives.

This is what Celtic Christians were trying to get at with the image of Holy Spirit as a wild goose – it’s liable to swoop in when we least expect it. Like Noah, David, and Paul before us, may we be open it rousing influence!

Harvard undergrads are a case study in the difference between wisdom and intelligence.

New life can spring from where we least expect it.

Loving the poor is an essential part of following Jesus.