The Gospel According to Winnie the Pooh

Outward shows of piety don't matter. What's in your heart does.

If you have kids or have ever been a kid yourself, you may recall an incident from Chapter 5 of A.A. Milne’s classic storybook Winnie-the-Pooh, in which Pooh and his good friend Piglet set out to catch themselves an elephant (which they endearingly mispronounce as “Heffalump”).

Pooh devises a rather cunning sort of trap: he decides that they will dig a deep hole and then place a jar of honey as bait at the bottom such that and elephant will be lured in but then won’t be able to escape.

Piglet agrees to dig while Pooh goes off to retrieve some honey from his pantry. 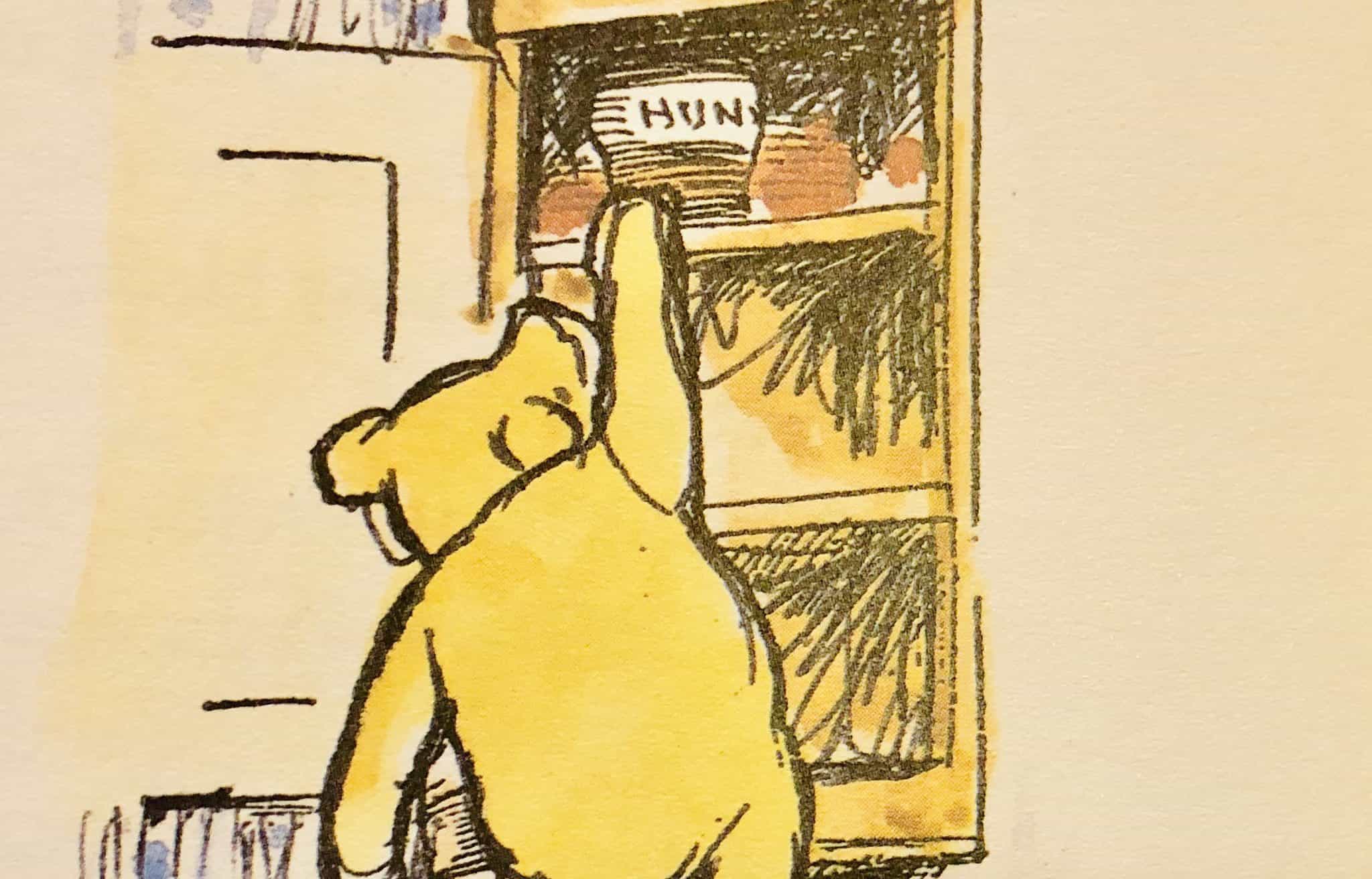 One Can Never Be Sure

When Pooh finally arrives back at his house, he walks into his pantry and takes down from the shelf a pot that has the word “HUNNY” inscribed on its side.  Just to make sure that the inside of the really matched the outside, he took off the lid and to have a look at its contents. Sure enough, it’s rich, golden honey!

“But,” observed Pooh, “one can never really be too sure about these things. I remember my uncle once telling me that he had seen cheese of this very color.”

So tather than leaving to chance a thing of such great import, Pooh took a big lick right off the top.

“No doubt about it!” he exclaimed, “That is indeed honey right down to the bottom” 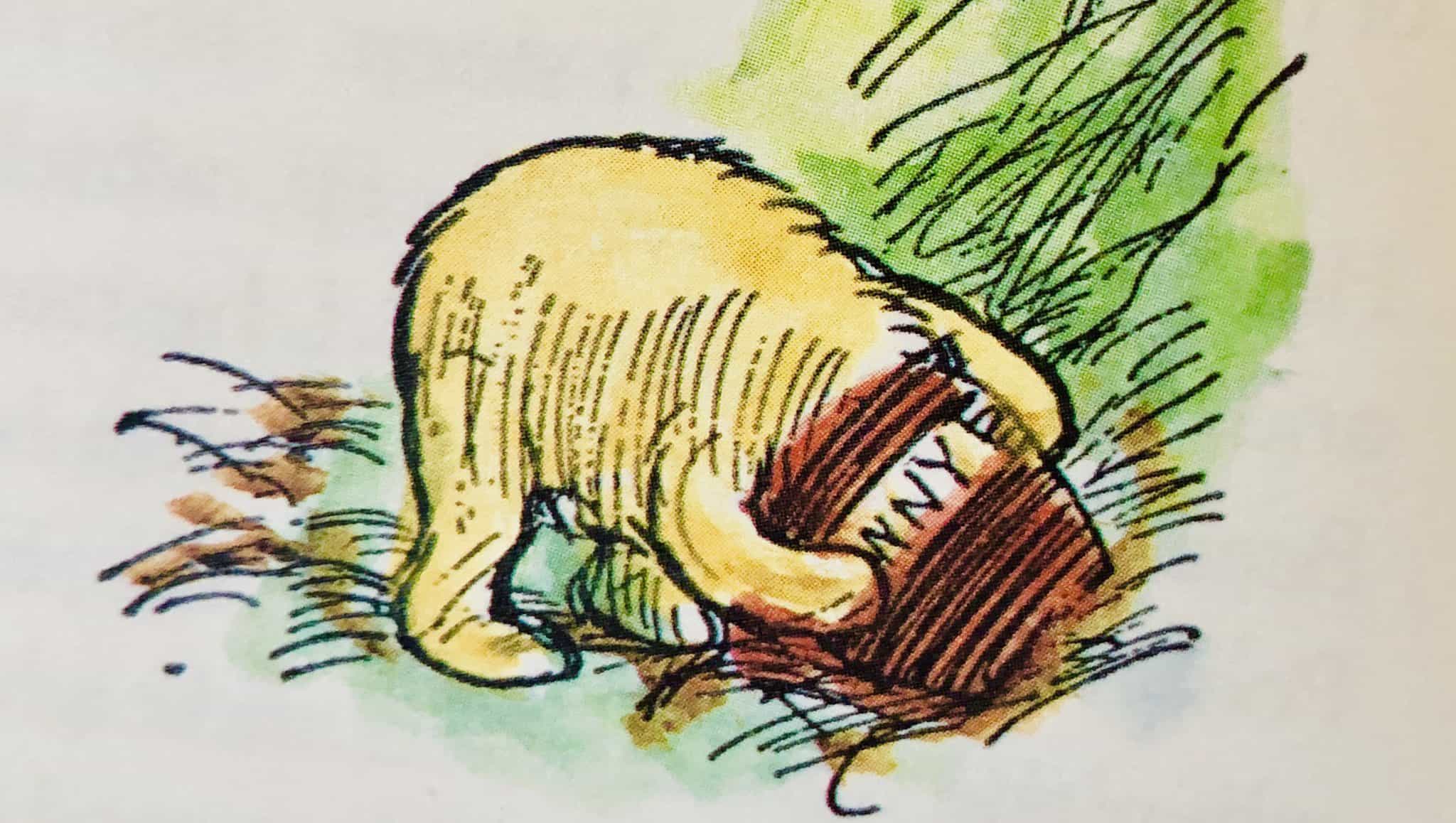 As With Pooh, So With Jesus

For Winnie the Pooh, what matters is what a pot really contains all the way down. If it’s only got honey at the top, but something quite different underneath, that is something he believes you ought to know about.

Oddly enough, Jesus held the same view! His harshest words in the New Testament were leveled against the Pharisees, who were outwardly pious but whose hearts were unloving.

Which is to say, Jesus wasn’t trying to get people behave more religiously. Jesus didn’t want you to go to church more, sing more hymns, memorize more bible verses. Religious activities like that may be tools but they aren’t the point! Rather, what Jesus was after was the transformation of the human heart. He wants us to become people who, from top to bottom, are formed in the way of love. People who are through and through pure and holy and loving.

May our hearts be filled to overflowing not with cheese, but with love, all the way down!

Two pastors. Two approaches to other faiths. Which got it right?